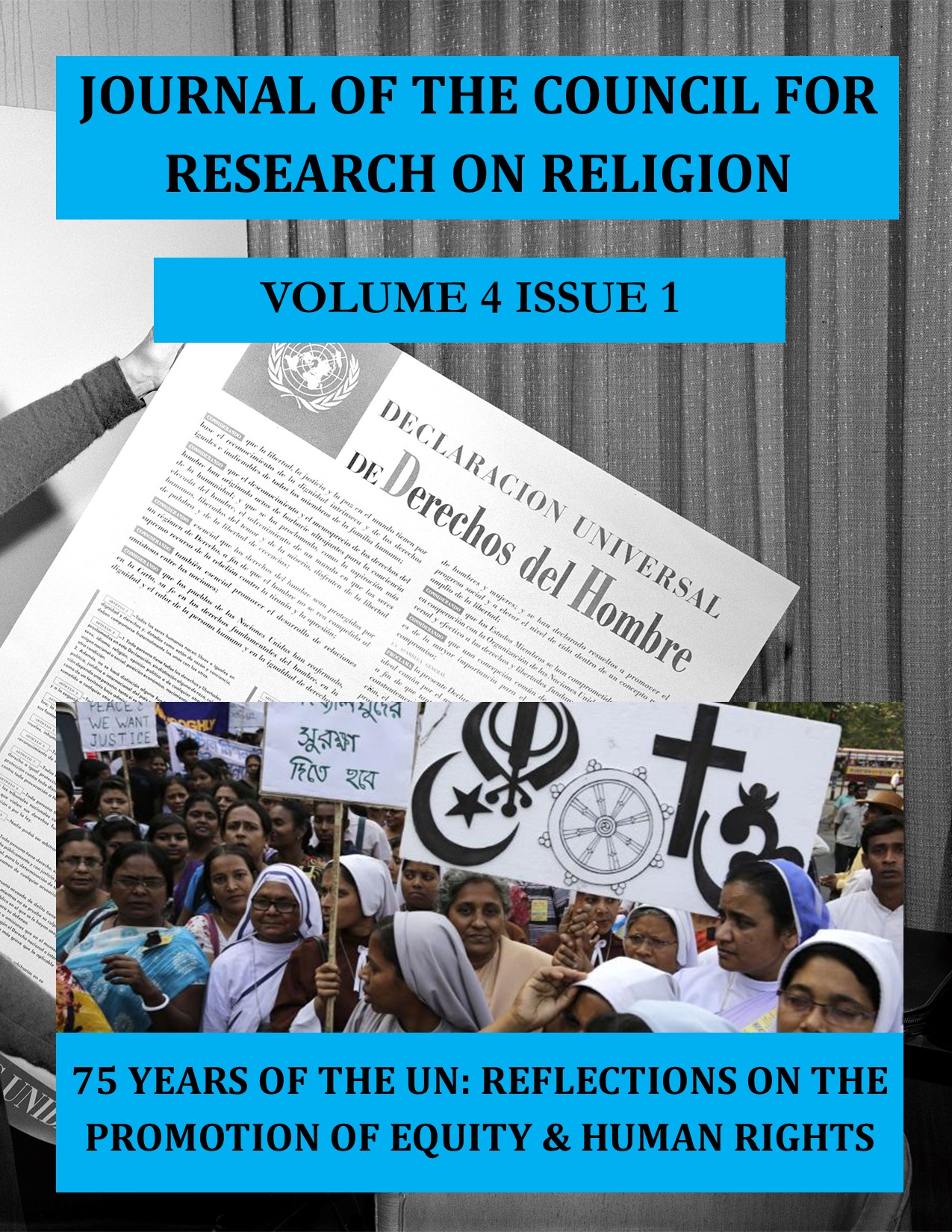 Coming Soon! The Journal of the Council for Research on Religion (JCREOR) Volume 4 Issue 1

The first issue of volume four of the Journal of the Council for Research on Religion (JCREOR) takes its inspiration from the United Nations’ 75th anniversary celebrations, which took place from 2020–2021. With the adoption of the Universal Declaration of Human Rights, the UN ushered in a new era – for the first time a truly global consciousness developed around the idea that all people are entitled to a set of fundamental rights, simply because of their humanity. Although the UN maintains that these rights are inalienable, human rights violations and other forms of intolerance and discrimination have continued to proliferate over the past 75 years. This issue is dedicated to probing such transgressions upon human dignity and critically examining the measures put forth by individuals and groups to mitigate discrimination and intolerance.

The studies address issues such as the Catholic response to Indigenous residential schools, and the limitations imposed on religious communities in the southern Indian State of Karnataka. Each paper traces the role played by religion in the development of conflict resolution, as well as how communities respond to religious diversity.

A Way Forward for the Catholic Church